ALL ABOARD THE MIDGARD EXPRESS BY MARTHA MUKAIWA 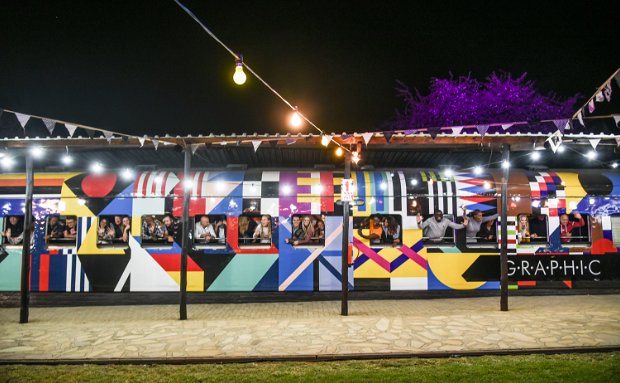 The trains at Midgard Country Estate aren’t the kind that chug across the country.

Once, perhaps, they trundled over the land, passing desert and ocean. Elderly cogs in Namibia’s rail history which spans more than 100 years beginning with a 383km line from Swakopmund to Windhoek before crisscrossing across the country.

Today, with a century old story behind them, Midgard’s trains stand still. Only mimicking motion as they are bathed in the bright neon light flashing across a large, picnic table dotted green where a sizable pit fire sends sparks flying splendid into the night in spits of orange and booms of sound.

“It’s the ancestors!” shouts one enchanted guest, suggesting perhaps that the estate’s dearly departed are pleased with the Midgard train complex’s striking refurbishment.

A lavish overhaul that has transformed what many may remember as a trio of weatherworn trains fringing a sandy courtyard into the lush green grass, festive lighting and sleek new train carriage accommodation ostensibly worth a whisper from the big beyond.

Perhaps even from Ohlthaver and List Group Executive Chairman Sven Thieme’s grandfather. The man Thieme describes - upon officially opening the train complex last month -  as a figure somewhat feared at auctions for his unparalleled ability to scoop up absolutely everything.

Midgard’s trains are part of his grandfather’s epic haul.

For romantics, like myself, Vintage is just the ticket. A 7-carriage blast from the past suggesting the glamour and romance of historic train rides.

Adorned with transportive black and white photographs recalling the varying emotions inherent in train travel - the rowdy departing sailors, the bittersweet goodbyes, the mother and child patiently waiting at the station -  Vintage’s windows peer into a brand new world from amidst the distinct finishes of an old one.

Set in the nostalgic carriage’s sights - which include flutter of flags below a slash of blue sky and rambling mountain -  are geometric Graphic and minimalist Crisp.

The former a bold and colourful plunge into pop art and train graffiti influences that make for hip and vibrant dwelling most suitable for the young at heart, the Instagramming and equally eclectic while the latter preludes its style in its name.

Clean cut, minimalist and modern, Crisp is the carriage for the understated. An unfussy home away from home that is functional, neat, stylish and widely appealing.

Each imbued with its own mood and motifs, the train trio is envisioned as self-catering. And as any Namibian knows, a warm night, a pile of wood and a weekend away means fire. Dancing flames to set the scene and a grill on which to slap some of the world’s best meat which is precisely what a 100+ wedding party is doing the night before the Midgard hosted nuptials.

Though the trains were yet to be refurbished, the jovial spirit of the space was the same. A hive of eating, drinking, dancing guests from as close as Cape Town and as far as the UK making the most of being together in accommodation as novel as a stationary train.

A few months later, what was already there – an essence of togetherness, the impossibly starry skies, the camaraderie of train journeys (yes, even stationary ones) – is only amplified by the refurbishment.

Characteristically lively below the stars, at their best and amidst a full house, train carriage guests reveal themselves to be the kind of people who don’t mind a little socializing and have perused the unwritten handbook on stationary train culture.

Particularly the chapter on maintaining the neat shared ablution blocks which are traditionally left as clean and as ready for the next person as one would desire for themselves. This, in addition to sections dedicated to gleaming communal kitchens, respecting each other’s braai packs and sleeping in close quarters, is essential.

While some carriages can sleep four people with the length of one’s limbs a direct indicator of comfort, the trick in naturally space-deficient stationary train carriages is ultimately the certainty that guests will venture outside.

To perch in the bean bags around the fire, to whip up something quick and delicious in one of the site’s two kitchens, to linger over their specially catered grub in the dining car or to make one’s way to the main estate where the amenities are yours for the enjoying.

Except that they do.

They make you dive deep into conversation by the bonfire. They spirit you away on the wings of secrets whispered late into the night from friendship-solidifying bunks or they send you out into the grounds where the country charm of Midgard awaits…

And your journey truly begins. 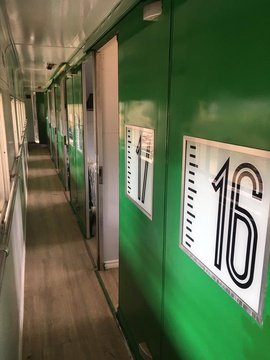 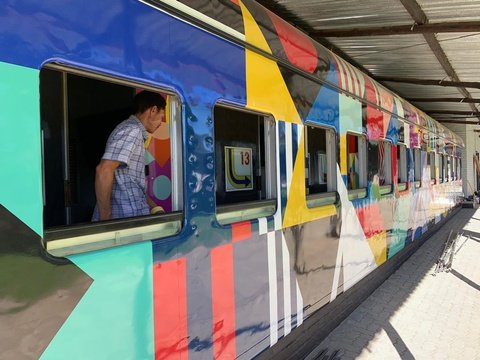 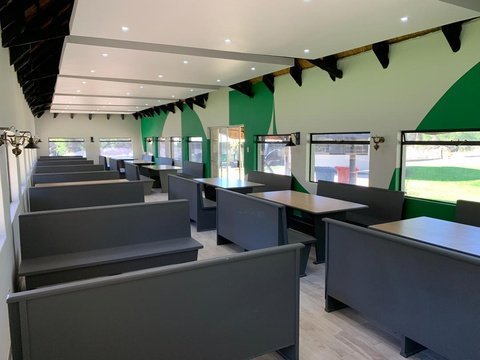 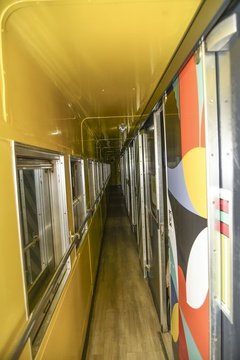 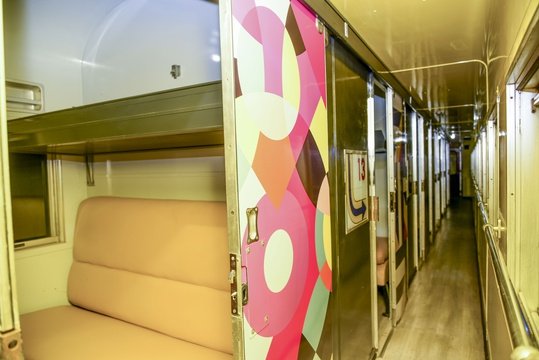 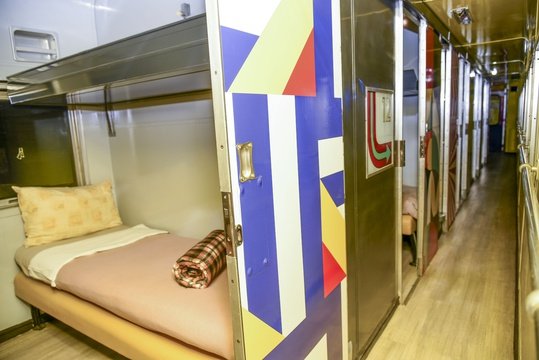 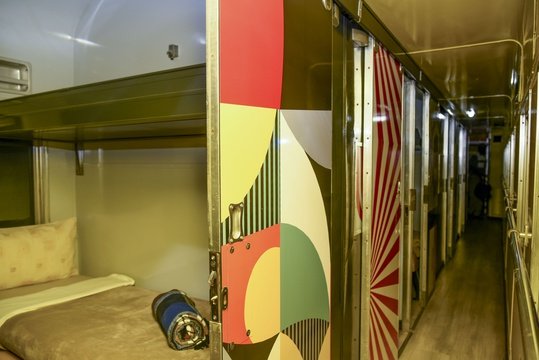 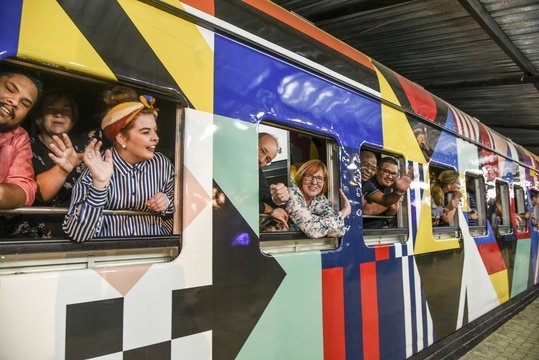 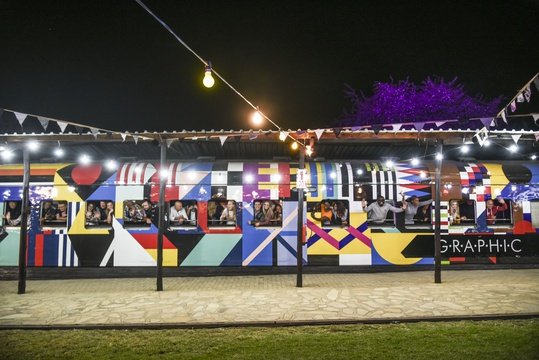 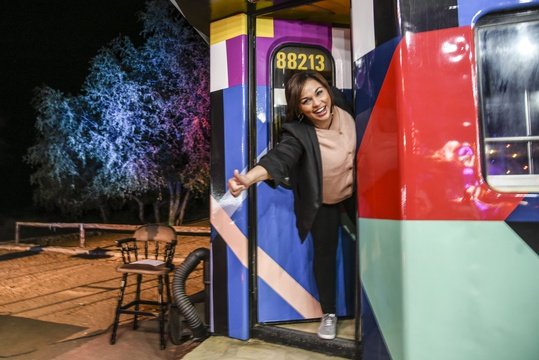 View   DON'T MISS OUT ON THIS AMAZING EVENT!